About this site the Unspoken One Solfinia Shard የመጀመሪያ Earth Shards 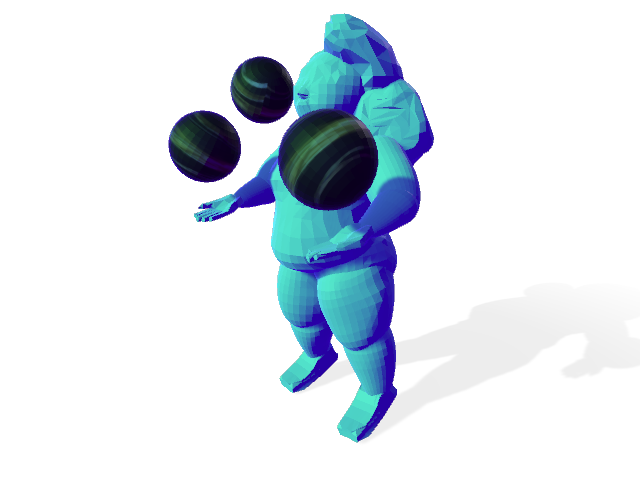 Between folded, layered, and intersecting dimensions full of matter dark and light, there "exists" limitless negative space. In this negative "space", there are not ideas. No action by a sentient creature can penetrate this space. Those who exist carry on without this knowledge and are unharmed by the lack of it.

But - there is a concept gaining sentience, shape, and defying what this "negative space" is meant to be. Like a short script typed into a console, the reaction is immediate. The interpreter of universal law shatters the self-scripted entity across all matter-allowing universes needed to receive the now-existent beings. Fractured into uncountable "shards", varying divisions of its power are tethered to each offshoot of its spirit, and the anomalous < Unspoken One > is distributed quite evenly. More than one shard in a single permitting universe would mean complete erasure of the entity, stated in its self-written script.

The < Unspoken One > was a highly self aware unbeing, operating on a level unknown and unknowable to those of us who exist in this universe in the present time. In its proto-state, aware of the executing nature of the multiverse, it scripted its own existence to be. It was well aware of the uncontrollable, ever-changing nature of corporeal existence. Its self sacrifice to probability and established law of the material dimensions was a result of its "desire" to exist without total agency afforded to it in its unexistent, unchanging state.

The appearance of its fractured "souls", its shards throughout many universes, evidence that < UO > resembled a transparent pale green human being with the ability to change its shape at will. The beings of its shards are rounded and edgeless and billow like storm clouds. The face of < UO > had a vague brow bone, nose, mouth, and a cloud of its own substance tethered to its head, moving loosely (percieved by its shards as being equivalent to human hair). They typically display no knowledge of the existence of other shards, implying fractured consciousness.

< UO >'s reality bending, multiverse-program writing powers may have been contained by the unbeing in three conceptual onyx spheres that are in this database referred to as "Moons." The amount of < UO >'s power contained in a singular Moon will also be called a "Moon" because the size of a Moon is directly proportional to the power it grants. The majority of shards produced from < UO >'s fracture possess three little Moons, each with around a hundred-thousandth of a Moon of power. This does, however, vary. Each shard's reality bending/scripting powers are determined by the Moon units it possesses. The majority of < UO >'s shards are completely unaware of the potential they have for reality-bending. Some believe that the effects it has on their phsyical bodies are simply manifestations of mental symptoms such as depersonalization, derealization, or hallucinations.

Dormant universes contain a shard that has not yet lived one lifetime in a body. After < UO >'s shattering, the majority of dispersed shards lay dormant for weeks until they found the body of an adequate early fetal human to occupy. This first body-seeking process is unconscious and is driven by < UO >'s pre-being survival script. The shard, once occupying the body, discards < UO >'s scripts automatically, leaving only remnants that connect the shards to each other through dreams. Though most of < UO >'s scripts are discarded when a shard takes its first body, it retains enough that it is aware of all of its lifetimes when not currently in a body. These lifetimes of memories often impact shards' decisions to untether themselves from planets and find others to make their home. A universe containing a shard that has dissolved and whose energy has returned itself into the cycle is referred to as "post-shard."

Most recorded physical bodies of shards have been of the Homo sapiens or a similar species, sharing a common appearance, build, and mode of dress. Each shard's body is "marked" unusually to cement its connection to < UO >. These marks—"Moon marks"—are congenital in each shard's body and are set in the general location of each of < UO >'s Moons: right cheek, left side of upper body, right side of upper body. Right and left Moon marks are typically in the oblique area, or in the pit of the elbow. In most cases the shard in its body thinks there is a mole on its right cheek and skin discoloration on its sides or arms. Moon marks on each shard's body are directly proportional to the size and power of its Moons.